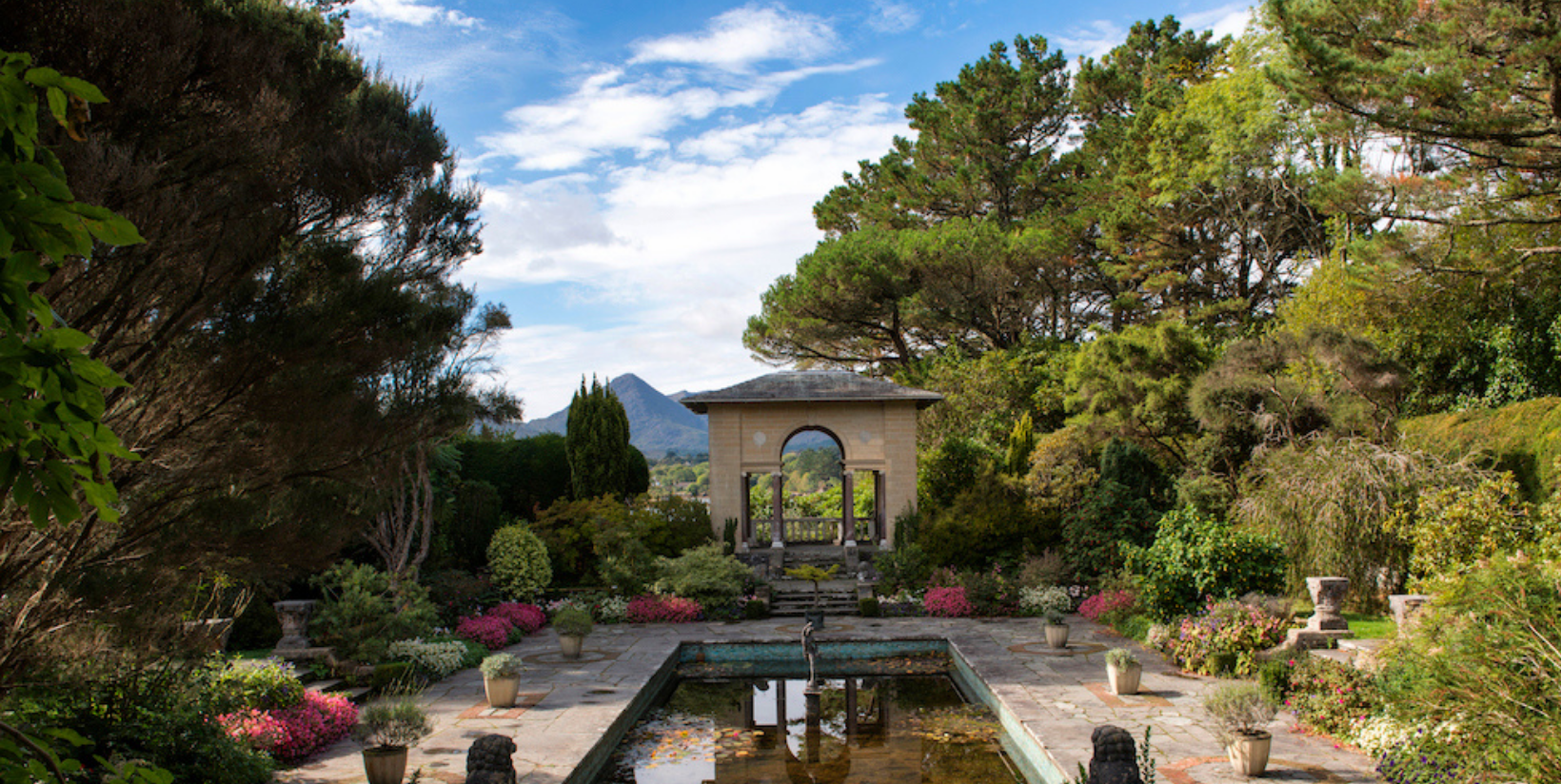 Garinish Island, or Ilnacullin, is a tiny island with a big reputation.

Stashed away in Glengarriff harbour, it is home to a series of gardens showcasing an incredible richness of plant form and colour. Changing with the seasons, it is flush with rhododendrons and azaleas in May and June, climbing plants and herbaceous perennials in midsummer, and awash with autumnal hues, particularly on the magnificent heather bank, in the months of September and October.

How is it so? Over 100 years ago then-owner Annan Bryce joined forces with the Edwardian garden designer Harold Peto. Noticing that the Gulf Stream and the island’s sheltered position blessed it with an almost subtropical climate, they began cultivating ornamental plants from all over the world.

Garinish was bequeathed to the Irish people in 1953, and today it is managed by the Office of Public Works. It remains a magical island garden, a sanctuary loved by horticulturalists and casual visitors alike – not to mention the seals that regularly pitch up on its southern shore rocks.

Five things to do on Garinish Island

1. Watch out for seals on your boat trip to the island

As you take the short boat trip from Glengarriff across to Garinish Island in Bantry Bay, you’ll have plenty of opportunities to see the seals for which this area is famous, lazing on the rocks in the summer sunshine or swimming alongside you.

The Italian gardens are nestled within the protection of the woodlands which were planted 100 years ago. This shelter, combined with the effects of the Gulf Stream, and the shape of Glengarriff harbour, creates a unique micro-climate in which a stunning range of exotic species flourish.

The luscious planting is designed to bring pleasure to visitors throughout the year. The vivid colours of rhododendrons and azaleas reach their peak in May and June. Meanwhile, hundreds of cultivars of climbing plants, herbaceous perennials, and choice shrubs bring colour and interest throughout the midsummer period from June to August.

The British MP Annan Bryce bought Garinish island in 1910 and commissioned Harold Ainsworth Peto to design fine gardens and Italian garden buildings. Annan Bryce’s cottage has been restored to its original character to help bring the island’s story to life. The cottage, which was originally built to the northeast of the walled garden in 1912, has been restored to its original Edwardian picturesque style, and has been made fully accessible to all visitors.

The Martello Tower is an original feature of the island dating from 1805. Built on the island’s southern shores, it has been restored by the OPW, and there is an amazing view of Bantry Bay from the battlements of the tower. Make a visit to the Martello towers on Bere Island or take a trip to explore Whiddy Island to learn more about the military heritage of West Cork’s islands.

5. Take stunning photos of the magical gardens in bloom

The flowers in the Italian gardens are a photographer’s delight, and the views across Bantry Bay and Glengarriff are stunning. The Grecian temple, clock tower, and the Italian pavilion with its still and beautiful pool help to ensure that the dedicated photographer will spend an absorbing day out here on Garinish Island.

Please note that in addition to the ferry trip price, there is a small fee for admission to the gardens which is payable on arrival at Garinish Island. This fee helps to cover the costs of the island’s upkeep.