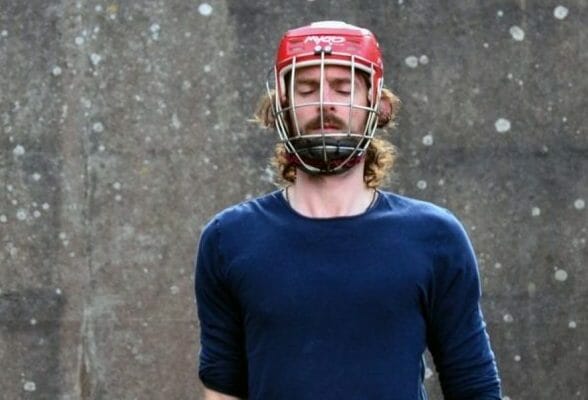 Timmy is contemplating his 21 years playing GAA. He loves it. He hates it. Honest, brave and hard-hitting, Spliced is a visceral account of his struggle to become an individual outside of the sporting institution that raised him. He wants to talk about identity, masculinity and mental health in a sports club. From one of Ireland’s exciting upcoming writers comes Spliced, a hard-hitting, site-specific show with thrilling music and video.

Spliced is a Chalk it Down Production – and Chalk it Down is an independent theatre production company from Cork. The play is being performed as part of the West Cork Theatre Festival which puts on powerful productions in amazing locations across West Cork each summer.

‘A love song to the GAA’ – Tim Crouch

Please note: We do not allocate seating for our events. Doors open 30 min before show start time.

Non-essential visits to the islands are discouraged at this time to reduce the health risk to our island communities.

It is vital that their safety and access to limited health resources/transport networks are safeguarded at this time, as we are sure you will understand.

We are in the process of adding specific notices to each island’s web pages. For now we encourage you to check each island’s Facebook pages for the most up to date information.

You will, of course, be more than welcome once this public health emergency has abated. Please use our website to help you plan that next trip.