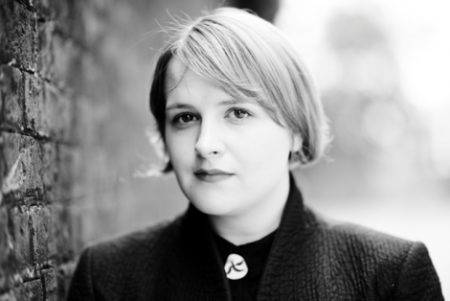 All aboard the ferry to Whiddy Island for this special event where we celebrate Bantry Bay, the sea beyond and the poetic beauty of West Cork. On this year’s trip to Whiddy we are joined by Imogen Hermes Gowar, author of the magnificent bestselling debut The Mermaid and Mrs Hancock.

One September evening in 1785, the merchant Jonah Hancock hears urgent knocking on his front door. One of his captains is waiting eagerly on the step. He has sold Jonah’s ship for what appears to be a mermaid. As gossip spreads through the docks, coffee shops, parlours and brothels, everyone wants to see Mr Hancock’s marvel. Its arrival spins him out of his ordinary existence and through the doors of high society. At an opulent party, he makes the acquaintance of Angelica Neal, the most desirable woman he has ever laid eyes on… and a courtesan of great accomplishment. This meeting will steer both their lives onto a dangerous new course, on which they will learn that priceless things come at the greatest cost. Where will their ambitions lead? And will they be able to escape the destructive power mermaids are said to possess?

In The Mermaid and Mrs Hancock, a spell-binding story of curiosity and obsession, Imogen Hermes Gowar has created an unforgettable jewel of a novel, filled to the brim with intelligence, heart and wit.

A Sunday Times bestseller, the novel has been shortlisted for the Women’s Prize for Fiction 2018.

‘A brilliantly plotted story of mermaids, madams and intrigue in 1780s London and I wouldn’t be surprised to see it become The Essex Serpent of 2018.’ The Pool

‘[Gowar] gulled me, by the zest of her writing and sustained authorial sleight of hand, into forgetting for a second that [mermaids] do not exist… as a writer she is the real deal.’ The Guardian

‘Gowar’s prose shimmers like the titular temptress.’ The Observer

Imogen Hermes Gowar studied Archaeology, Anthropology and Art History before going on to work in museums. She began to write fiction inspired by the artefacts she worked with, and in 2013 won the Malcolm Bradbury Memorial Scholarship to study for an MA in Creative Writing at UEA. The Mermaid and Mrs Hancock was a finalist in the MsLexia First Novel Competition and shortlisted for the inaugural Deborah Rogers Foundation Writers’ Award. The Mermaid and Mrs Hancock was published by Harvill Secker in January 2018.

Imogen’s photo is by Ollie Grove

The event ticket includes a return ferry to Whiddy Island. The ferry leaves Bantry Pier at 13.30 sharp. It will leave Whiddy at 15.30 to return to Bantry. A smaller ferry will depart Whiddy at 16.15.